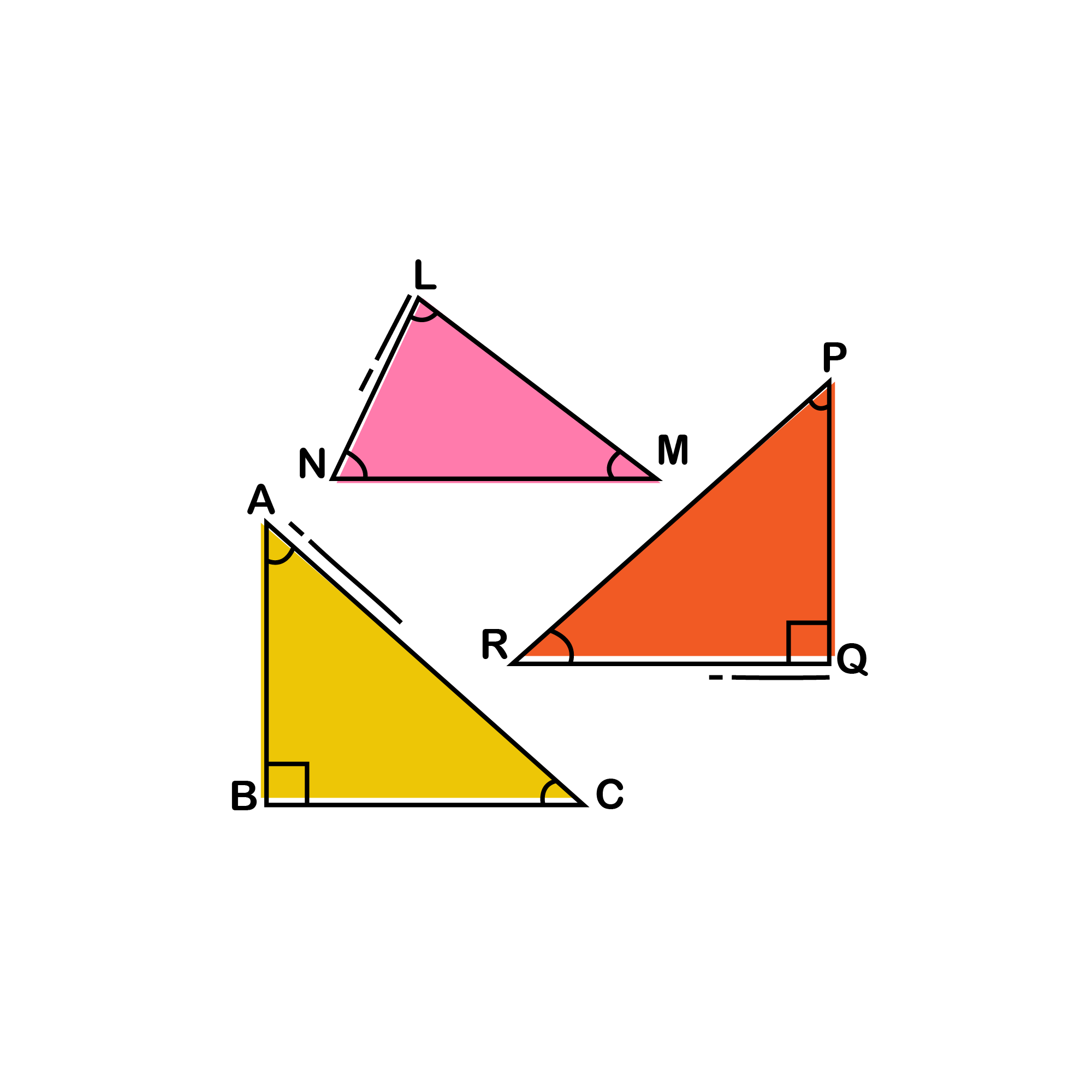 Angles of a Triangle

The angles in any given triangle have two key properties:

Sides of a Triangle

Consider the following “impossible” triangle ∆ABC and what it reveals about the relationship between the three sides of any triangle.

The triangle can never be drawn with the given measurements. Why? Consider that the shortest distance between any two points is a straight line.

According to the triangle shown, the direct straight line distance between point C and point B is 14; however, the indirect path from point C to B (the path that goes from C to A to B) is 10 + 3, or 13, which is shorter than the direct path! This is clearly impossible.

The leads to the following Triangle Inequality Law: The sum of any two sides of a triangle must be great than the third side.

Therefore, the maximum integer distance for side BC in the triangle above is 12. If the length of side BC is not restricted to integers, then this length has to be less than 13.

Note that the length cannot be as small as we wish, either. It must be greater than the difference between the lengths of the other two sides. In this case, side BC must be longer than 10 - 3 = 7. This is a consequence of the same idea.

Certain right triangles appear over and over on the SAT: the 30-60-90 right triangle and the 45-45-90 right triangle. It pays to memorize these common combinations in order to save time on the test. Instead of using the Pythagorean Theorem to solve for the lengths of the sides, you should know the following Pythagorean triples from memory.

Given that the length of side AB is 5, what are the lengths of sides BC and AC?

Solved Example 1
Find the lengths of sides a and c of the triangle shown?

Solution: We know that one side is 10.5 cm long and that that side is across from the 600 angle.

Exterior Angles of a Triangle

An EXTERIOR ANGLE of a triangle is equal in measure to the sum of the two non-adjacent (opposite) interior angles of the triangle.

This property is frequently tested on the SAT! In particular, look for exterior angles within more complicated diagrams.

We know that all of those equations will find us one of the three unmarked angles. We also know that those three angles add up to 180° So when we add the equations together and set them equal to 180° we get:

Area of a Triangle

TRIANGLE AREA is another important concept in the SAT exam. It is defined as the half of the product of base and height i.e.

Note that it is not necessary that always the bottom side be a base. You can consider any side as the base and define height accordingly. See the figures below.

The two triangles are said to be similar if their corresponding angles are equal. Once you find that two triangles have two pairs of equal angles, you know that the triangles are similar. If two sets of angles are congruent, then the third angles must be congruent, since the sum of the angles in any triangle is 180°. It is not necessary that the lengths of these sides also be equal. The sides of the similar triangles can be expressed in terms of a ratio. For example, if the triangles ABC and PQR are similar, then the ratio of the side AB to the side BC is equal to the ratio of the side PQ to the side QR.

The lengths being compared do not have to be sides - they can represent heights or perimeters. In fact, the figures do not have even have to be triangles. The principle holds true for any similar figures: quadrilaterals, pentagons, etc.

Example: In the figure, AE || CD and segment AD intersects segment CE at B. What is the length of segment CE?

Solution: Angles ABE and DBC are vertically opposite angles, and, therefore, they have the same measurement. Since segment AE is parallel to segment CD, angles A and D are equal to each other. Since all angles are equal in triangles ABE and DBC, triangle ABE is similar to triangle DBC, with vertices A, B, and E matching up to vertices D, B, and C, respectively.

Solution: The question tells you that ∠AEB and ∠CDB have the same measure. Since ∠ABE and ∠CBD are vertical angles, they measure the same. Triangle EAB is similar to triangle DCB because the triangles have two pairs of corresponding congruent angles. Since the triangles are similar, the corresponding sides are in the same proportion: \(\frac{CD}{x}=\frac{BD}{EB}\) 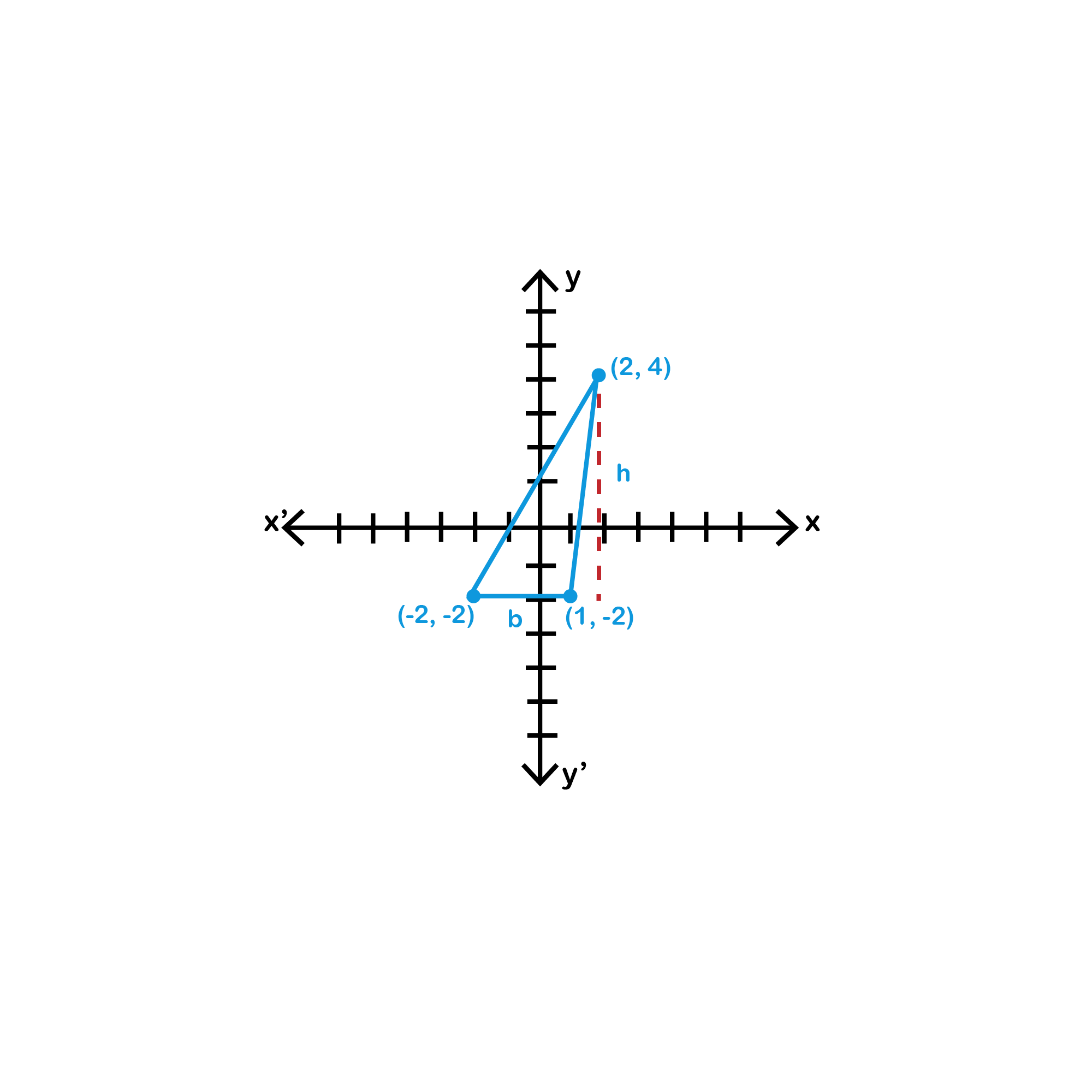 COORDINATE GEOMETRY is the study of geometry on a plane using a coordinate system. This plane is called a COORDINATE PLANE, which has scales of measurement along the x and y-axes. 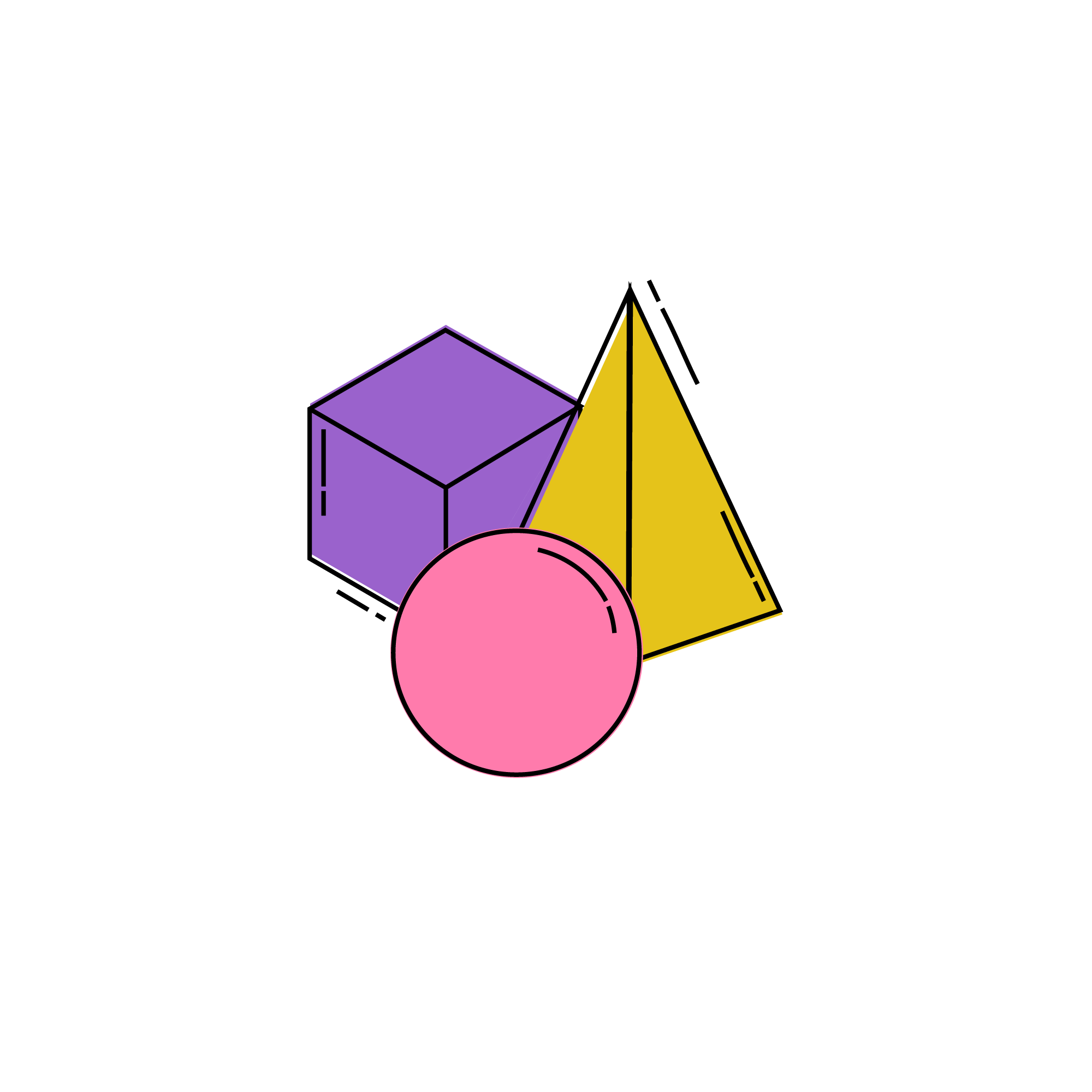 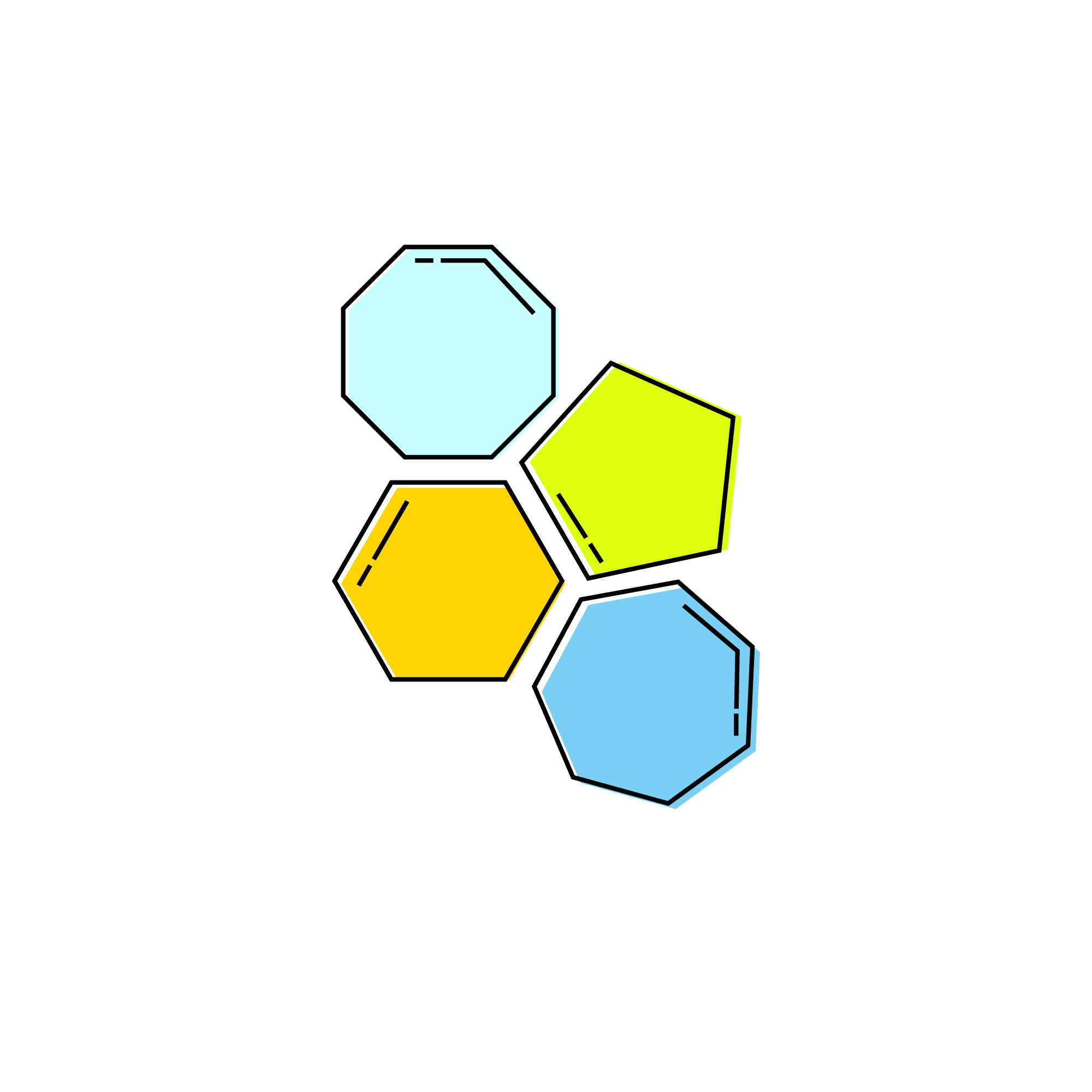 The polygons tested on the SAT are usually the following quadrilaterals: trapezoids, parallelograms, and special parallelograms, such as rhombuses, rectangles, and squares. 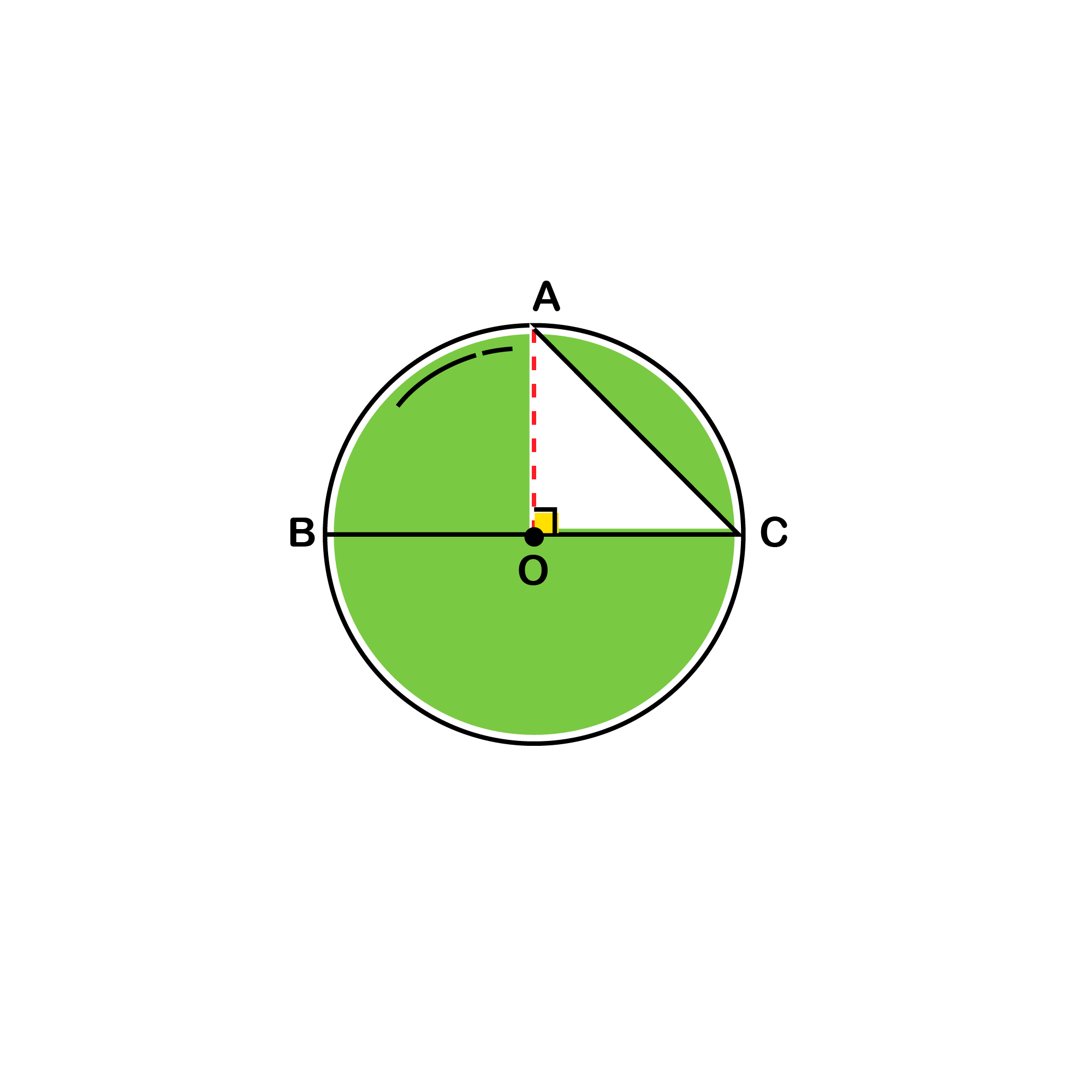 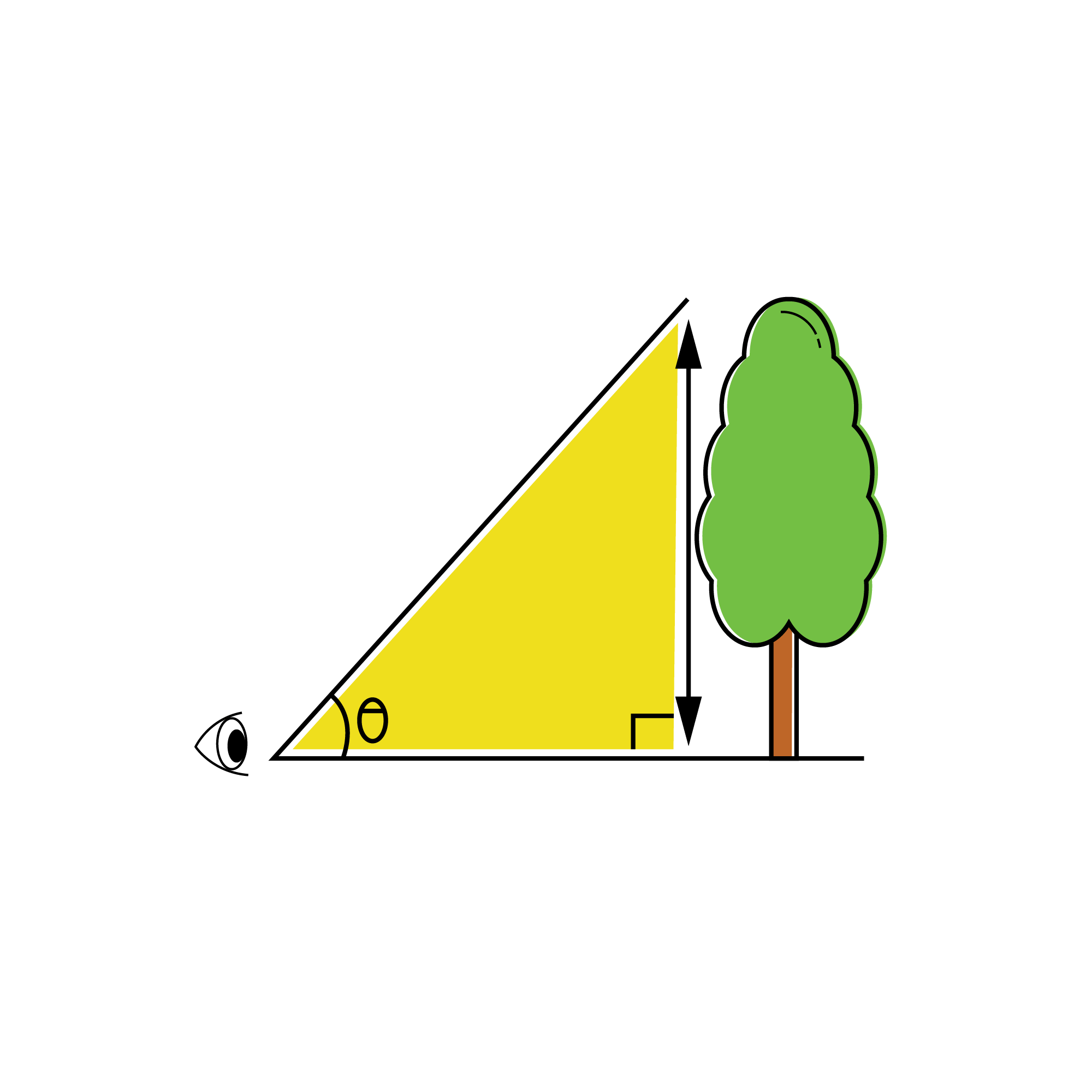 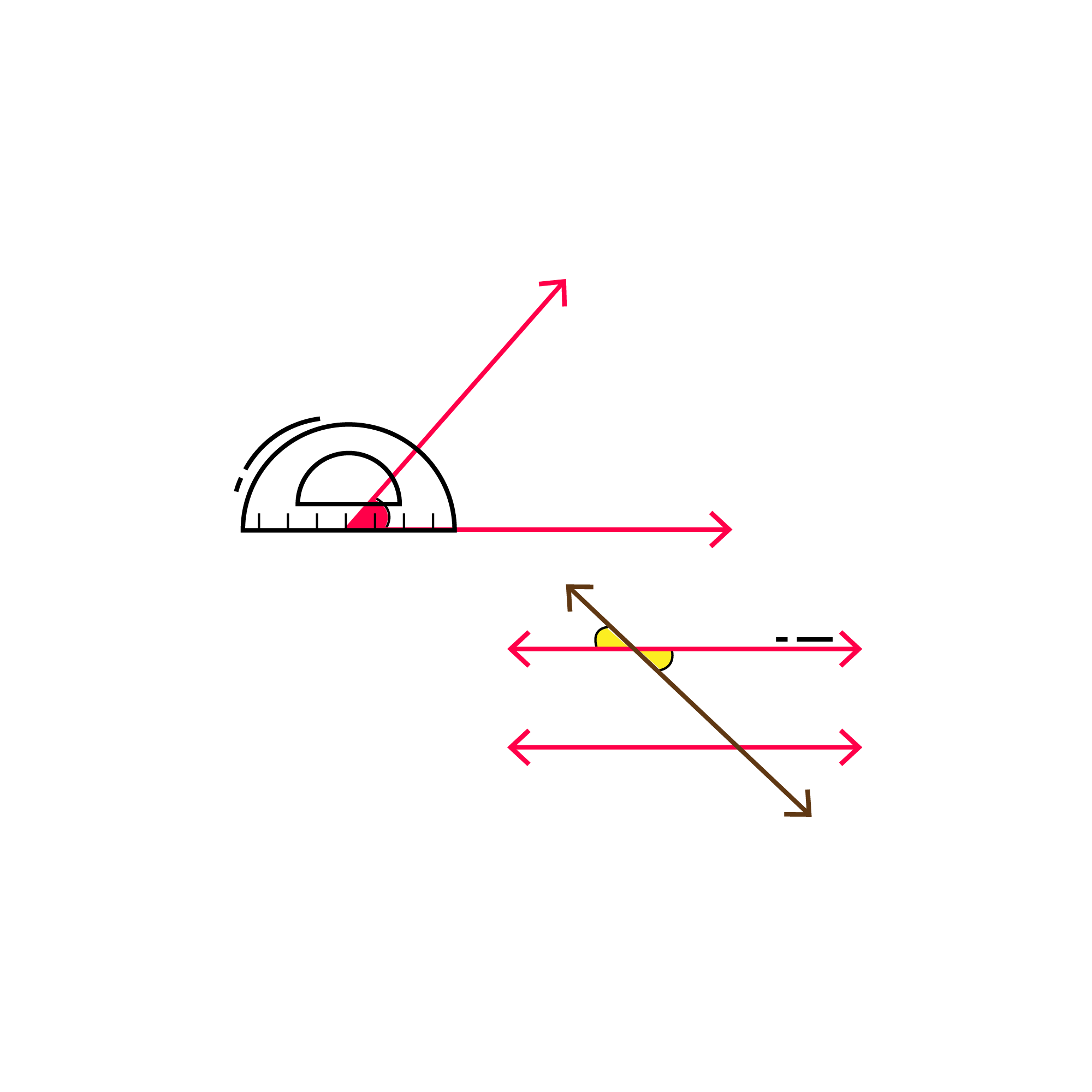